A groundbreaking scientific study leads researchers to believe that Reiki really works on a physical level. To use spiritual energy for bringing balance into your life, or relieving stress, and curing ills, is something many people who use it already know.

There is nothing like experiencing something first hand. When you feel an immediate effect, you know it works, you don’t need science to tell you it’s real. On the other hand, I know that some people aren’t as susceptible to it than others, and this can lead to skepticism.

But to make some skeptics happy, a University of Calgary study concluded that the Reiki energy giving process has an actual physical effect on certain cancer patients, when nothing else helps them with particular pains.

They focused also on the placebo effect too, in order to make sure that the patients weren’t fooling themselves.  But a measurable effect was seen even when the patient wasn’t even aware that they were receiving the Reiki energy.

During other experiments done in 2008-9, strong evidence that Reiki is indeed responsible for
a positive biological response in both humans and animals was shown.

In carefully controlled experiments on laboratory rats, the stressed-out animals where given Reiki
treatments. Significant reduction in stress and anxiety was the result.

Again, in experiments done with people, fake Reiki treatments were given as a placebo group, so to speak, and there was zero reduction in stress, anxiety or depression for the subjects. 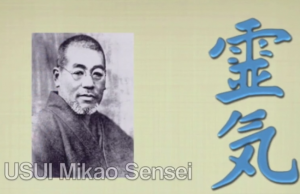 Here are some of the areas where a Reiki treatment works:

In many other studies, 83% showed moderate to strong evidence in support of Reiki as a viable,
therapeutic healing modality.

Perhaps not every type of pain is treatable with Reiki, but neither can every medicine a doctor gives you bring about healing. In some studies, it would seem that Reiki did not work. For example: in the treatment of a fibromyalgia-associated pain.

So does Reiki use spiritual energy, or physical, measurable energy?

Call it what you want, but Reiki energy can’t be measured with any known scientific instruments, yet the effect the energy has on the physical form can.

What works is right, as far as I’m concerned. I have had a lot of success with Reiki, so I don’t care if science sees it the same way. Science is limited in excepting the  unexplained. Science uses logic, and logic always breaks down into an inexplicable conundrum.
[whohit]Does Reiki Use Spiritual Energy, Or Physical Measurable Energy?[/whohit]