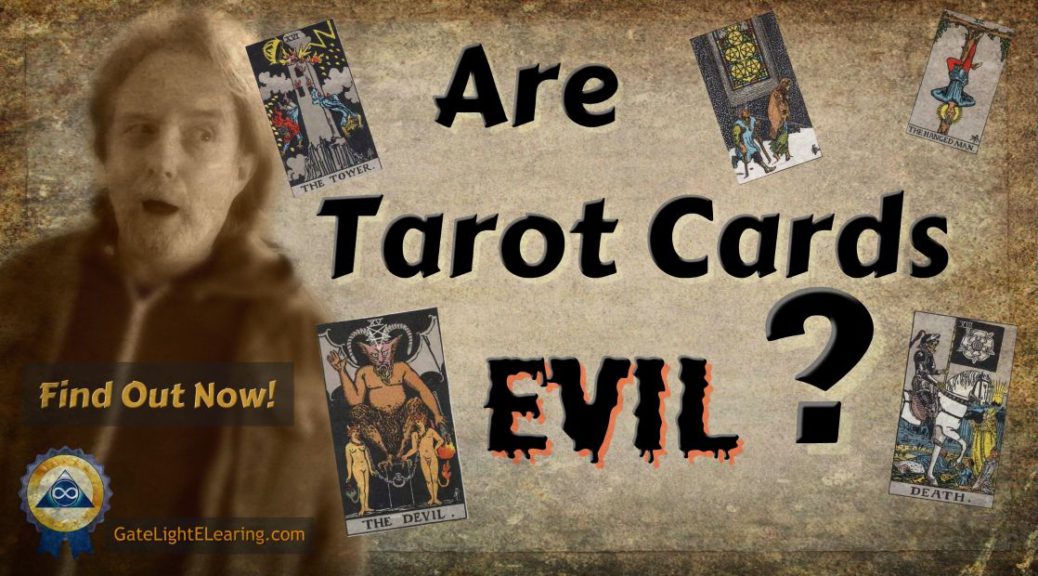 Are tarot cards evil, are you doomed for using them?

Are tarot cards evil?Are you evil?

I don’t think I’m evil, but a long time ago I wondered if using tarot was ok.

Back then I thought, is there some mystical and evil influence on these cards that seem to accurately predict the future.

Today I know better, but a long time ago I asked this same question.

Now I know the answer.

So why am I asking you if you are evil?

I’m asking you this because tarot cards simply represent you, and your life, and the decisions you make every day to determine your future.

I’ll expand on this later.

First, is the devil card, and the death card, or the tower card evil?

It began in the 14th century as a popular parlour game.

But even so, players of tarot were sceptical.

Some, Nobles in particular, considered certain cards such as Death, the Devil, and the Tower pretty offensive.

These images on the cards caused religious leaders to attempt to ban the Trumps due to its (as they believed) Satanic connections.

But, truth be told, it was more due in part that Tarot was something that most religious leaders didn’t really understand.

Tarot took away much of their control over the peasants. 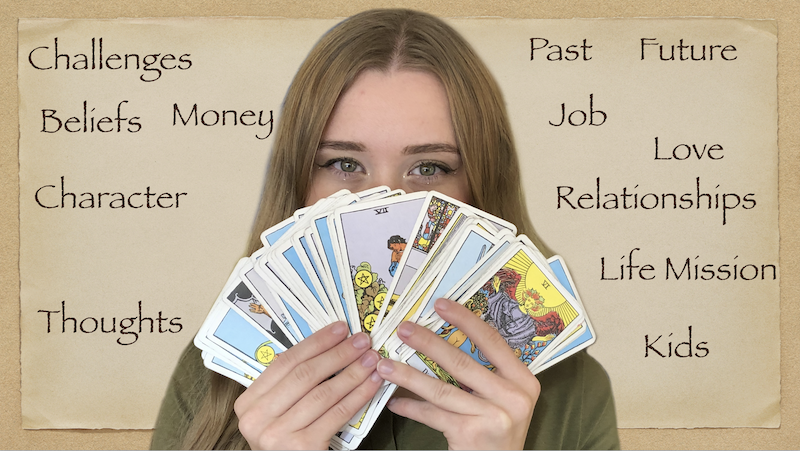 But the devil card, is not evil.

It shows us that we are stuck in our ego, and we should go the way of love.

The opposite card to the devil is the lovers card.

So the devil is helpful for you to recognize your ego, and choose the path of love.

Now the death card represents a slow change in your life, or transformation.

The death card simply says something is slowly coming to an end, a job, or relationship.

And the tower card is a sudden change, it will feel uncomfortable in the moment, but afterward you will see the good in it.

All the cards simply help you to learn to know yourself.

What do I mean?

The Major Arcana in Tarot describes the circle of life.

Somehow tarot cards represent every possibility, at any given time, that may occur in your life.

There is nothing evil about tarot.

Tarot does not judge.

If there is evil, good or bad, that responsibility is something you must take on yourself.

Tarot is simply a guide to show you who you are.

So are tarot cards evil?

No, absolutely not! They are simply a tool, and in most cases, a sign of hope, or a warning.