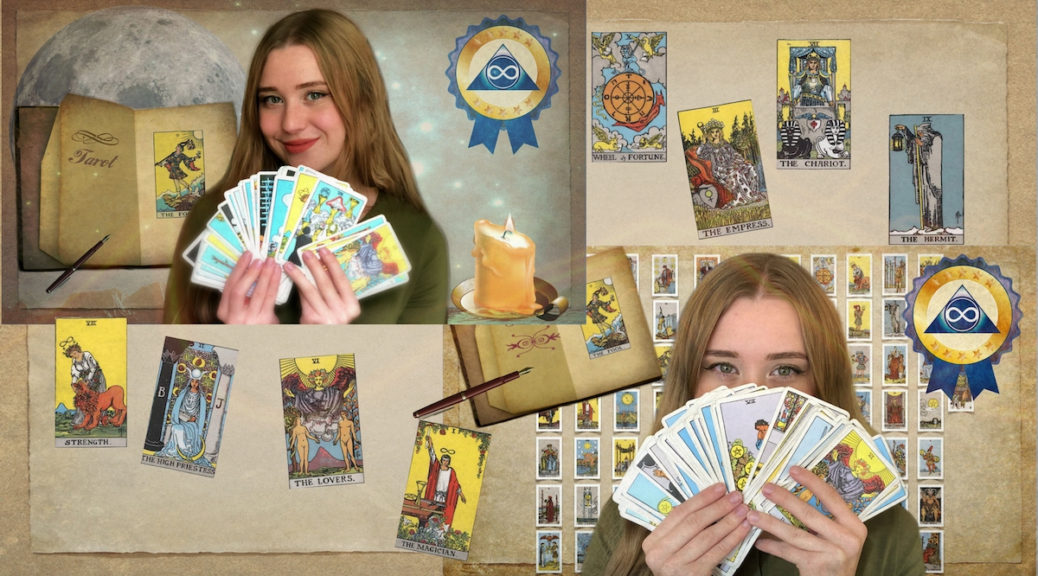 The history of tarot cards: why is it still a mystery?

I always wanted to know the history of tarot cards, and why they have the power to guide me in my life for today, and into the future.

When I looked it up I found something discouraging.

Know one really knows where the mysterious power of the tarot deck comes from exactly.

How does it work?

Unsatisfied I kept looking for the answer.

This is what I found

The history of tarot cards can be traced back to playing cards.

The first decks were used to play popular parlour games.

The designs of the 22 cards in the Major Arcana can be traced back as far as 1440 A.D. when the first known deck appeared in central Italy.

The game of  tarot has many regional variations. Tarocchini has survived in Bologna and there are still others played in Piedmont and Sicily.

It wasn’t until 1785, when Jean-Baptiste Alliette, a French occultist, and first known professional tarot card reader, popularized tarot divination to a mainstream audience.

Alliette claims he learned tarot from an unnamed Italian

Later he explained that tarot, astrology, the four classical elements, and the four humors had similarities.

In 1791 he issued a revised tarot deck specifically designed for occult purposes.

Apparently in 1781 the French Swiss Protestant clergyman and occultist Antoine Court who named himself Court de Gébelin published his idea that the Tarot was actually an ancient Egyptian book of arcane wisdom.

Now there is no evidence to support the notion that tarot has an Egyptian lineage.

But Alliette argued he had been introduced into the art of cartomancy in 1751, long before the appearance of Court de Gebelin’s work.

This takes us back to the mysterious unnamed Italian who had once showed Alliette the art of tarot card reading.

Later it was augmented in 1857 the notion that the wandering Romanian people – “Gypsies” then thought to be descendants of Egyptians – had carried the game deck with them on their travels through Europe, and used it for divination.

Did Alliette, in truth, learn tarot from a wondering Egyptian Gypsy?

And if so, this still tells us nothing about the mysterious power of the tarot cards.

Tarot may well be a combination of ancient astrology, numerology, and life encompassing experience.

But the origin of its mystical power may not ever be known.

So I thought about this puzzle for a long time, and came up with my own theory of why tarot cards work so well.

To understand this, did you know that PI is the number 22!

PI is a perfect circle.

In numerology, 22 is the master number.

22 is associated with the vibration of The Master Builder who has the ability to turn the loftiest dreams into concrete realities.

Yet when it occurs in our everyday experience, number 22 is an ordinary multi-digit number.

Thus, 22 represents both our highest life goals, and our ordinary, humdrum daily existence.

In this case PI, or 22, is like the wheel of Karma, or the Major Arcana in Tarot, it describes the circle of life.

The Major Arcana in Tarot describes our life from our birth: the Fool card, to our death the World card

This is why any spread that a Tarot reader lays-out for you, will alway relate to your life specifically.

What I mean by this is any combination of cards will relate to something in your life, because life is predictable.

Life is locked into a handful of expectations.

Tarot cards represent every possibility you may experience in the circle of life; for today, and the lofty goals you may have for your future.

The major Arcana is also tied to your  Karma.

Tarot cards will show you a repetitive pattern, as your existence grinds on, turning around and around, and repeating itself.

In this way tarot is like a mirror of your life, it shows that if you stay on your current path, you will keep repeating both good, or bad, results: tarot does not judge.

Anyway, how we came to this kind of fortune-telling we may never know.

But thanks for learning about the history of tarot cards, and my fun hypothesis. Now it’s time you start learning tarot try it for FREE: Click here NOW