No one knows when Shamanism began, some believe it started over 10,000 years ago. Shamanism Origin: in France the Chauvet-Pont-d’Arc Cave, 32,000–30,000 BP, contains the oldest know paintings of man: it would seem that even than there is evidence of shamanic ritual.  Abstract markings, and a strange Minotaur painting have lead researches to consider that this ancient, pre-culture gathering had already derived a primitive form of ritual, shamanic magic.

Leftover human remains also point to this place as being a sacred one of burial, which has some incredible implications, as in connecting to the Spirit world of Shamanism origin.

Thus, Shamanism is probably the oldest knowledge base know to man, and begun with storytelling.

A shaman is a mystic who interprets the spirit world: the hidden forces that run our realities. Anyone who thinks they can explain the mysteries of life must first do so through storytelling.  The first recorded stories in history are cave paintings. These early story’s were based on direct experience. Later they became colourful through the imagination, combined with subconscious, deep trance imagery.

The origin of the term: “SHAMAN” comes from herding societies in central and northern Asia. It is derived from the Tungus-speaking peoples of Siberia.

Shamanism easily predates every known religion, and practiced all over the world on every continent.

Even today it is being practiced in Tibet, North & South America, within various African tribes, and in modern cities too. 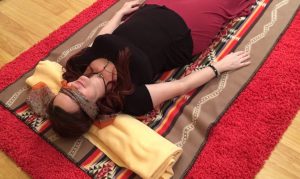 The new age has also brought new life to these ancient teachings by embracing them, and integrating them into our modern lives, as the video above clearly shows.

The fact that Shamanism is still relevant today attests to its validity.

There are some religions that have not lasted this long. The primordial truths hidden in these ancient and wise teachings can not be denied.

This is probably so because of the purpose of Shamanism. It is not used to attract new converts, and become a religious and political force to build empires with; it is a force that focuses on the power of the individual, and the spiritual and physical forces that support them. It’s purpose is to restore balance and healing to both people and the planet we live in. 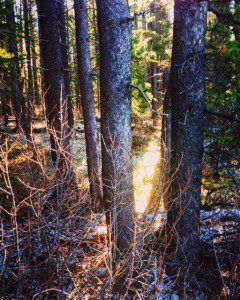 A shaman/shamanka (feminine) will alter their state of consciousness.

This is done through trance, usually through ever increasing drumming beats, to travel between worlds. The shaman/shamanka will journey to find healing, guidance and knowledge for themselves, and other people. For Shamanism to be authentic, a soul flight takes place. Why don’t you take this Shamanism origin course now, to learn: How To Do A Shamanic Journey And Bring Balance And Shamanic Healing Into Your Life
[whohit]Shamanism Origin: Is It Older Than The Earliest Cultures?[/whohit]