A woman shaman has many names, that deserve respect. The Female Shaman name has been around a long time. Indeed, a woman shaman has great healing and visionary powers, we see this throughout history.

The Female Shaman Name Is Ancient

Today Some Give The Female Shaman The Name: Shamanka

But the female shaman has been around since the beginning of time in North America, Africa, and Europe. They have been called Seers, Wise Women, Medicine woman, pipe holders and dream seers. She held the office of high priestess, as in the ancient Aztec world. The female shaman presided over the healing rituals in the sweat houses. In Tibet, a woman cofounded Tibetan Buddhism.

In Korea Nearly All The Shamans Were Women

People would come to their rituals for healing and problem solving. In Siberia a female shaman would lead a ceremony to welcome spring, which is marked with a great circle dance.

The word Shaman originated in northern Asia. It was a name for visionaries and healers. In northern Asia, a female shaman could be a village elder or a chief, and would carry a sacred drum.

In South Africa Women Are The Ritual Specialist, Diviners, Healers, And Ancestor Dreamers

But in South Africa everyone participates in raising power. In West Africa women practise as priestesses, and shamans. So they work as direct channels for spirit, calling in the sacred, keeping the tradition of African sacramental dance. 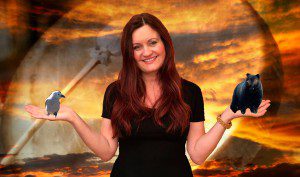 In Africa the female shaman gives power to her people, to assist in stopping persecution, and help make hard times easier. Under threats of imperialism, the female shaman has kept the ancient ways alive, and aided in protecting their people from oppressive forces with powers of prediction: predicting numbers of soldiers, and in which direction they were approaching, etc.

Hence, the shaman can do many different tasks within their culture, from Shamanic Journeys for others, soul retrievals, to fortune telling, and storytelling. The female shaman is a brave, honourable, and integral part of bringing protection and healing to their people, and perhaps the most important aspect: imparting their great wisdom through teachings! Yet Shamanism is not about gender. We do know that women are some of the best shaman though.

In conclusion Daniela Hills is a modern day female shaman who has an amazing Shamanic Journey she would like to share with you right now! So click on the link: How To Do A Shamanic Journey And Bring Balance And Shamanic Healing Into Your Life
[whohit]Female Shaman Name Is One Of Many, and Deserves Great Respect![/whohit]

4 thoughts on “Female Shaman Name Is One Of Many, and Deserves Great Respect!”