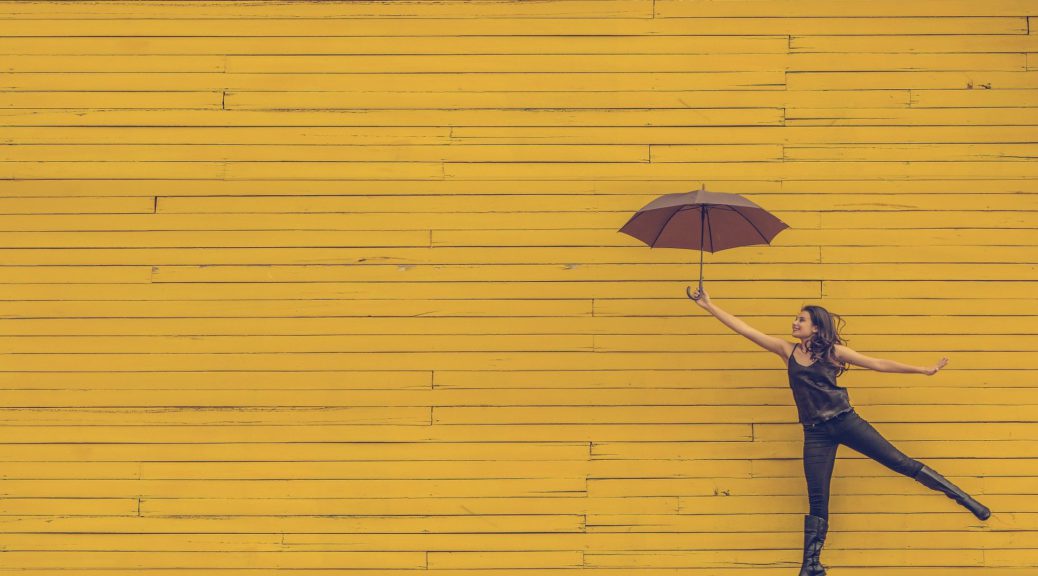 We live is a bizarre reality. So What is life?

Even today, even after being able to pull it apart and examine it through a microscope and in laboratories, science still does not have the definition for what is life, let alone the meaning of life, let alone what consciousness is in our bizarre reality.

Life, because it is such a complex system of things, with so many interacting parts, each of which is essential, is really tough to make a definition. We live in a bizarre reality, which I will talk about here.

I find this quote striking:

“For what we do as scientists, [a definition of life] is unnecessary. It’s sort of like a lot of big questions in science: ‘Where are we from? How did the universe get created?’ These are big questions that we’ll probably never be able to solve. But not knowing what life is doesn’t change our ability to engineer it.”

For me this says it all.

Science is great at pulling the puzzle apart and understanding a few of the pieces. They can re-arrange them, to create something quite marvellous, like inventions we can monetize, and play with; which also changes our lives completely, like the iPhone. But the overall puzzle, even the question what is life, is lost to them, to us.

Yes, they can look at it in its entirety, but still not have an answer. What does the puzzle actually represent?

But if life in its organic mechanized form can’t be defined, what is consciousness, let alone what is life?

Consciousness is part of life, it does not tell us what is life, but it certainly leads us toward a bizarre reality. The fact is that no one knows what consciousness is.

On the one hand, science has known for a long time that nothing is more obvious, and undeniable, than the fact that you are conscious. In theory, everything else you think you know about the world could be an elaborate illusion cooked up to deceive you. At this point, present-day writers invariably invoke The Matrix. But your consciousness itself can’t be illusory.

Yes, the world around you may not be real at all, and yet the one undeniable truth is consciousness itself.

On the other hand, this most certain and familiar of phenomena obeys none of the usual rules of science.

It doesn’t seem to be physical.

Nor can it be observed, except from within, by the conscious person.

It can’t even really be described. The mind must be made of some special, immaterial stuff that didn’t abide by the laws of nature.

Some scientist presented their own “sketch of a theory”, arguing that certain neurons, firing at certain frequencies, might somehow be the cause of our inner awareness – though it is not clear how.

Chalmers’s “zombie” thought experiment is his attempt to show why the mechanical account is not enough – why the mystery of conscious awareness goes deeper than a purely material science can explain.

The experiment hypothesized that: if you were approached by me and my doppelgänger, not knowing which was which, not even the most powerful brain scanner in existence could tell us apart. And the fact that one can even imagine this scenario is sufficient to show that consciousness can’t just be made of ordinary physical atoms. So consciousness must, somehow, be something extra – an additional ingredient in nature. 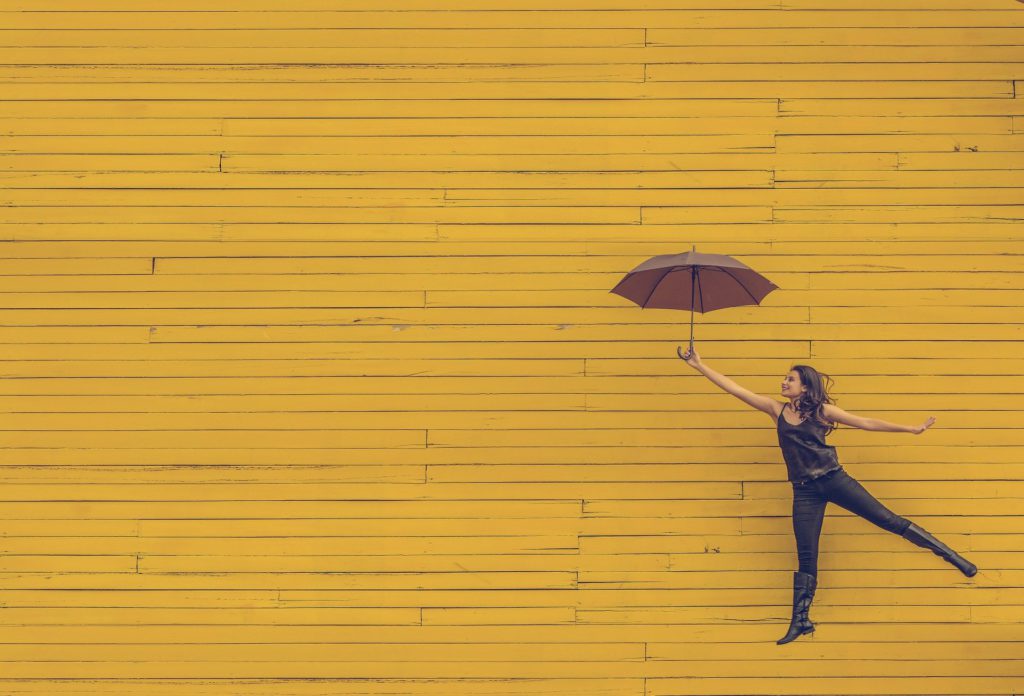 What is life, What is Consciousness, a bizarre reality?

So what is consciousness according to my experience? Consciousness is everything at once.

What do I mean?

Consciousness is everything you are aware of at once.

What is life? Well all I can say is life is the vessel for conscious reasoning. But it is not consciousness itself. Many death experiences, people who have died, and had been revived after some time has passed, will tell you they still experienced a post life sate of consciousness, whatever that might be.

But getting back to what consciousness is for me, I can best describe it like this.

So consciousness is me being awake, and it is also me when I’m asleep, and dreaming. Yet I’m still that same person aware that I’m dreaming, if it is lucid.

People who have been in comas with basic, low brain functionality, say that they were still aware of people in the room.

According to science : everything we know about the universe tells us that reality consists only of physical things. I is made up of atoms and their component particles, busily colliding and combining.

Above all, critics point out, if this non-physical mental stuff did exist, how could it cause physical things to happen – as when the feeling of pain causes me to jerk my fingers away from the saucepan’s edge?

Dogs, or sparrows or mice or insects?

The problem is that there seems to be no logical reason to draw the line at dogs, or sparrows or mice or insects, or, for that matter, trees or rocks.

The argument unfolds as follows: physicists have no problem accepting that certain fundamental aspects of reality – such as space, mass, or electrical charge – just do exist. They can’t be explained as being the result of anything else.

Explanations have to stop somewhere. The hunch is that consciousness could be like that, too – and that if it is, there is no particular reason to assume that it only occurs in certain kinds of matter.

For me the trouble is everyone gets it wrong. It’s not about understanding what the puzzle represents as a whole, it’s about inventing new pieces of the puzzle to accommodate our curiosity.

It’s about creation, which is what consciousness seems to be doing all the time: creating more and more new ways of experiencing this thing we call life.

What is life? A Bizarre Reality, But How?

But there is a new theory that does not try to explain what consciousness or life is. It simply says that life, or consciousness, creates the universe, not the other way around.

At first, when I read about Biocentrism I thought this was seriously far out there, and really hard to grasp. But the more I read about it, the more I understand it, the more I realize this is truly the only way reality functions, and the first realistic attempt at explaining the theory of everything. And the question is no longer what is life, it is: what can I do with life?

Biocentrism looks at reality through the lens of biology, more so than through mathematics.

What Biocentrism try’s to make us understand is that there is no independent, external universe outside of biological experience. this might sound like a bizarre reality.

Because what we perceive as reality is a process that involves our consciousness.  If there is no observer to collapse the quantum wave particles into something observable, then there is no independent reality out there.

I know this is a tough one to get your head around.

But, Biocentrism says that our understanding of the universe as a whole has reached a dead end. Science is constantly forced to jury-rig its theories to fit our observations, as in the 1979 acceptance of a period of exponential growth, known as inflation, for which the physics is basically unknown. It even turns out that the Big Bang has no answer for one of the greatest mysteries in the universe: why is the universe exquisitely fine-tuned to support life?

The more we pull apart the fundamentals of the universe, the less we understand, the great we see our bizarre reality, the more willing we are to explain it away.

There are many scientific observations and explanations in the theory of Biocentrism. Each one does a mind-boggling job of proving that life creates the universe. But the scope of which this article can’t cover. So I will leave it with one of the easiest, most demonstrable aspects of Biocentrism:

Newtonian science assumes that all creatures basically apprehend the same visually real object, which persists even if no eyes are upon it.

Not so with Biocentrism.

Our experience of reality is comprised of the human senses internalizing a world that is actually made up of frequencies and energy fields. Our brain just interprets such as being a solid living reality. One we are conditioned to believe that it is outside of us.

The truth is, all of reality is happening within our consciousness.

Example of a tree falling in the forest. Does it make a sound, If no one is there to hear it?

Science would say that the tree does not make a sound. It just pushes the air.

If there is no observer with an ear, and a brain to record the puffs of air vibrating in the ear, then a tree just makes air move when it falls.

The trick to understanding this is to be able to remove yourself from the equation. This is hard for people to do, because we immediately imagine ourselves being there as the tree falls.

Everything in the visible universe only exist if there is consciousness to perceive it.

Not all creatures perceive that sound the same way, or even the light of a candle the same way. Some animals will perceive the colour of a yellow flame to be a grey Flickr.

The universe, to each sentient of consciousness, is a subjective experience. And it only becomes a shared reality when two or more people agree on something; and then the quantum wave collapses, and becomes a quantum system.

Now Biocentrism goes much deeper into this bizarre reality on a quantum level, but that is for a different article.

What is life? Life is part of a bizarre reality, that I believe we are creating through our watching consciousness. We invent language, and science, to invent theories of what life might be, or could be, or perhaps should be. This helps us to live fulfilling lives. It seems like it’s up to us. We are creators! CLICK HERE to learn more